After Northern Ireland we visited Donegal & Connemara. I was there over 45 years ago also.

Everywhere you see sheep with lambs and you hear the bleating and bleating.

On one of our walks we encountered this man who was looking at the mountain. He was inspecting his sheep. He has a couple of hundred. Two more years and then he will retire. Then he sells his herd. His only son is not interested. He’s ‘barber’ in Sweden.

I was allowed to take a picture of him. ‘I am not wanted anywhere’.

He tells us – to my surprise- that these sheep and lambs are not for the production of wool but for meat consumption. A large part goes to France and Spain. The wool yields nothing. In his youth he was still sent into the field to collect wool. Wool now yields only 4 or 5 cents per kilo. The sheep are sheared every year to fight maggots en flies in the fur.

The sweaters sold in the stores are made of Merino wool, imported all the way from Australia and New Zealand.

In many places peat is cut and peat is also fired. A recognizable scent that we also know from Glasgow where Carel’s granny lived.

As for the peat, ‘our’ sheep farmer’ says, ‘it is in discussion’. ‘If it’s polluting, it might be good to phase it out’. It’s a hot issue in Dublin. If you see and smell how much it is still being used, it will be a huge revolution to transfer the households to another source.

We have now left Ireland and are on our way back to Amsterdam. But we will also continue to follow Northern Ireland from a distance.

It’s a wrap. But the head does not stop to process everything we have seen and heard. I wrote before, the more we hear, the less we know. One minute the political situation is not a topic of conversation because normal life goes on. The next moment the segregation turns out to have far-reaching consequences for society. And of course politics plays a big role in this.

Elections are here next week. That is of course exciting.

It is remarkable how ‘local’ incidents make the international press. There was such an incident here on Easter Monday. And that is the news we hear in the Netherlands and other countries. In that regard, we have heard completely different stories from ‘ordinary’ people.

This morning I attended a primary school where children had flute lessons. Nice to see. A Protestant school on the outskirts of Derry. Unfortunately, there are still very few mixed schools. The children received flute lessons on the ‘miller brown marching flute’. I expected a tin whistle but it is more of Irish traditional music. Children are taught this in Catholic schools. To name just one such deeply rooted consequence of segregation.

Yesterday Derek took us to different kinds of marching bands. It was also nice to see how much fun they had making music together. Let’s hope that music can ultimately also connect people from different ‘camps’.

It was intense to be back in the country where I was so touched in 1974 and 1975. Where I have met people who have always stayed with me. And seeing them again is special. Even though we haven’t seen each other for so long, there is a kind of basic trust to get to know each other even better.

We leave tomorrow to see some more of the Irish Republic. I still have a lot to ruminate, but I don’t rule out that there is an ‘enough’ to tell and show in a film.

It feels like we’ve taken a run-up through Belfast and Portrush to get a little bit more of a sense of life in Northern Ireland now in Derry. Or actually let go of the stories from the media and experience what it is like for yourself. And actually less and less to ‘know’.

We are staying in the Bogside, around the corner from the Free Derry Museum. Originally a Catholic neighborhood. The state of Free Derry was once proclaimed here. Derry is small and uncluttered. We walk to the walled city, which was originally protestant.

We visited two museums: the Siege, which sheds light on the history of Londonderry from a Protestant perspective. It’s in the walled city. And the Museum of Free Derry in the Bogside on the recent history of the troubles. Free Derry was originally about human rights. And people regardless of faith participated in that.

The museums receive many school classes, including from the Republic of Ireland. Each museum has a specific angle There is no integrated picture of Derry, but both museums would work together to tell a broader story.

Last Thursday there was a reunion of IVS reunion, the organization that was responsible for the international work camps, among other things. Impressive to see how many camps there have been. And how many teenagers have come into contact with it. “Our” camp was part of that.

Time and again I have been touched by the conversations with the people I met in 1975. It is special to have lived together 45 years ago. It matters so much that we met in the past to talk to each other now.

For people from Derry, it is very common to ‘just’ go to Donegal, the Irish province that borders Northern Ireland. We did the same, to Grianan or Aileach, a round fortress with a magnificent view all around. I received a message from my provider ‘Welcome to Ireland’. That’s how I knew we had crossed the border. Irish names are also listed on roadside signs in Ireland. And in the cafe you can pay in Euros again. So no checkpoint. It is located in the Irish Sea: the sea border. Which most Northern Irish don’t want either.

After Belfast we ended up in another Northern Ireland. No walls, nothing, no signs of partition. However, many placards of political parties on the lampposts along the road because of the elections in May.

We spend the Easter week on the north coast. We have a (holiday) home through HomeExchange. Over the caravans we see the coast. Just below us, families camp with caravans and tents.

It will be a week of showers but also clear spells. Rain or shine, there is a lot of walking along the coasts. Children, grandchildren, dogs are let out.

The marching bands are a well-known phenomenon in Northern Ireland. Especially the band that perform during parades, among others. the Orange Marches. But there are many more types. I had seen online that on Good Friday there would be a parade in Ballycastle. That turned out to be a touching ‘procession’ of a handful of people behind a wooden cross. Unfortunately without music. The ‘Minister’ delivered a sermon in the middle of the street in the center of the town about tolerance, Ukraine and peace of course.

Besides the marching bands there is of course Irish music. A completely different branch of music. Sinn Fein and the Presbyterian Church have done a lot to keep that music alive as well. More and more young people are also practicing this. In a pub in Portrush, musicians gather every Thursday evening to play.

Tomorrow we leave for Londonderry/Derry for ten days to see some of ‘my teenagers’ again. And I’m realizing more and more that the generation of Northern Irish who lived through the Troubles view society differently than the younger generation that didn’t experience the conflicts first-hand. And that many Northern Irish say they are not interested in politics because the politicians seem to live in a different world. To be honest, I see more and more similarities with the situation in the Netherlands in that area.

We have left Belfast. On our way north we visited Ballymoney. In 1974 I supervised holiday camps there with international volunteers for children (8-10 years) with different religious backgrounds from Belfast. The volunteers came from different countries. I remember that the volunteers of the ‘mainland’ were sometimes viewed with suspicion.

In the information center of the town we were greeted very friendly. The village is located on a railway line in a rural area. According to the woman in the information center, “decent” people live in Ballymoney. It is located in an area that was relatively ‘quiet’ even during the Troubles. The school appears to still exist. The current principal was a pupil at that school in 1974.

It was my first visit to NI and also spent a lot of time in the local pub. It could very well be this one. The pub has been renovated and made more spacious four years ago. One of the customers was already sitting at the bar there 46 years ago. Who knows, maybe I even talked to him then.

From Ballymoney we went out with the children. To the beach at Portrush and Ballycastle. And we visited the Giant’s Causeway. That’s what we’re going to do now.

Those holiday camps in 1974 were the lead-up to the 1975 teenage camp in the Netherlands that I co-organised, with teenagers from Derry and the Netherlands. And that’s why we’re here now, to meet those “teenagers” again.

This time arriving in Belfast by boat. 46 years ago I flew to Dublin and traveled by bus to Belfast. Stopped several times along the way for checks by British soldiers.

Back in Northern Ireland after 46 years. Then the Troubles were in full swing. A grim city, lots of controls and British soldiers everywhere. Now the center is ‘just like other cities’. Just outside it are still neighborhoods separated from each other by walls. They should disappear in 2023 under the 1998 peace agreement, but that does not seem realistic. We made a Taxi Tour with the taxi driver as a guide. He does this job because he earns too little as a taxi driver.

There has been a lot of talk about the situation in recent days, especially about the consequences of Brexit and the elections in May. When I start to “get it”, another conversation confuses me again. What the media tell is only part of the story. Like the fierce murals, they seem to magnify the differences instead of attempting to build bridges.

We visited Glebe House, a house in the countryside where activities have been organized for children of different religions for the past 45 years. In 1975 it had just started and I also visited it. Helen Honeyman was one of the driving forces, followed by Diarmaid McGarrigle.

And meanwhile, the Northern Irish live on. The Paddies as all inhabitants of the island are called, whether they are British or not. Friday night we were in a pub with live music. I mainly remember old men who made music from ‘the old days’. Now young men and women playing irish music. 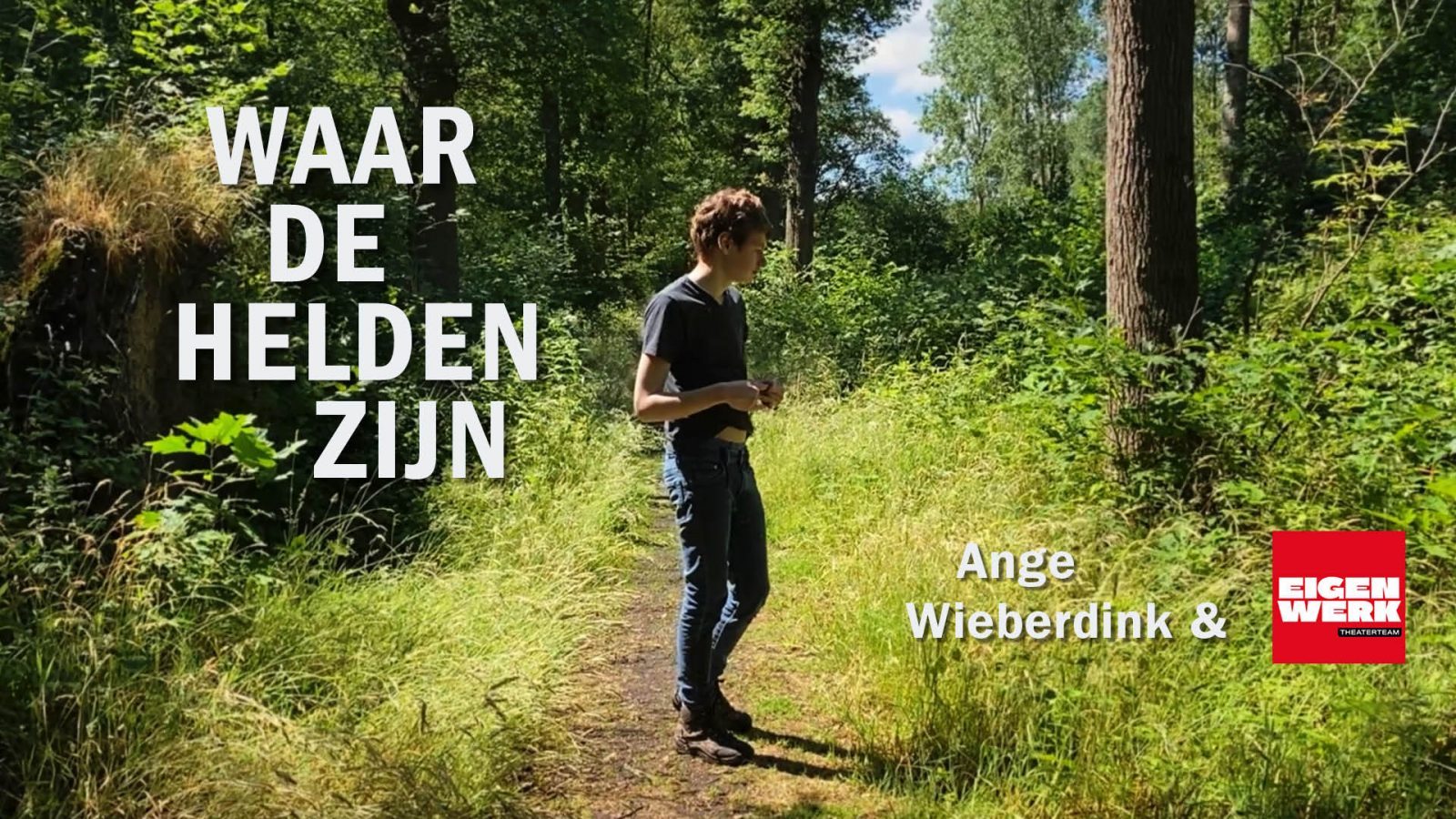 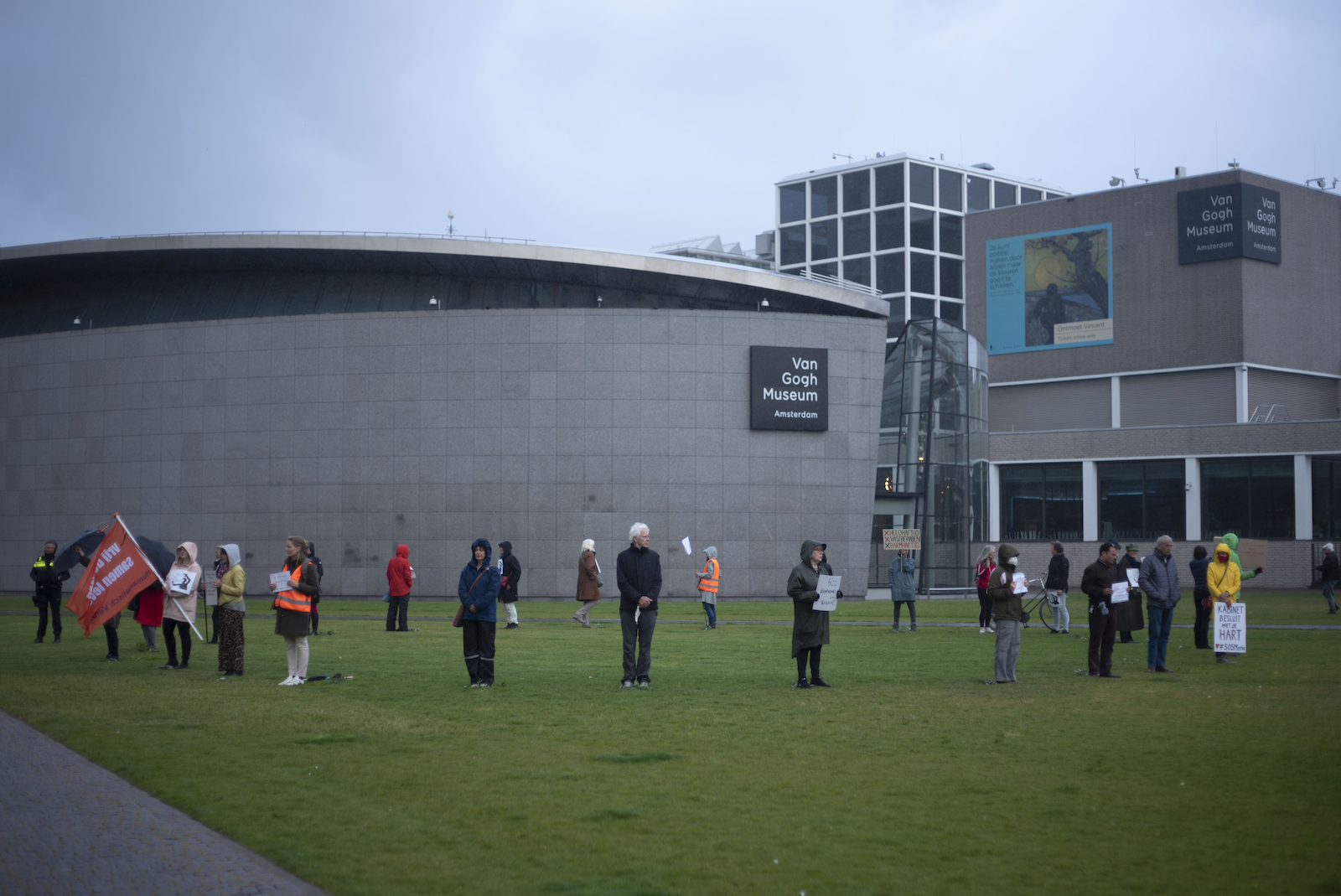 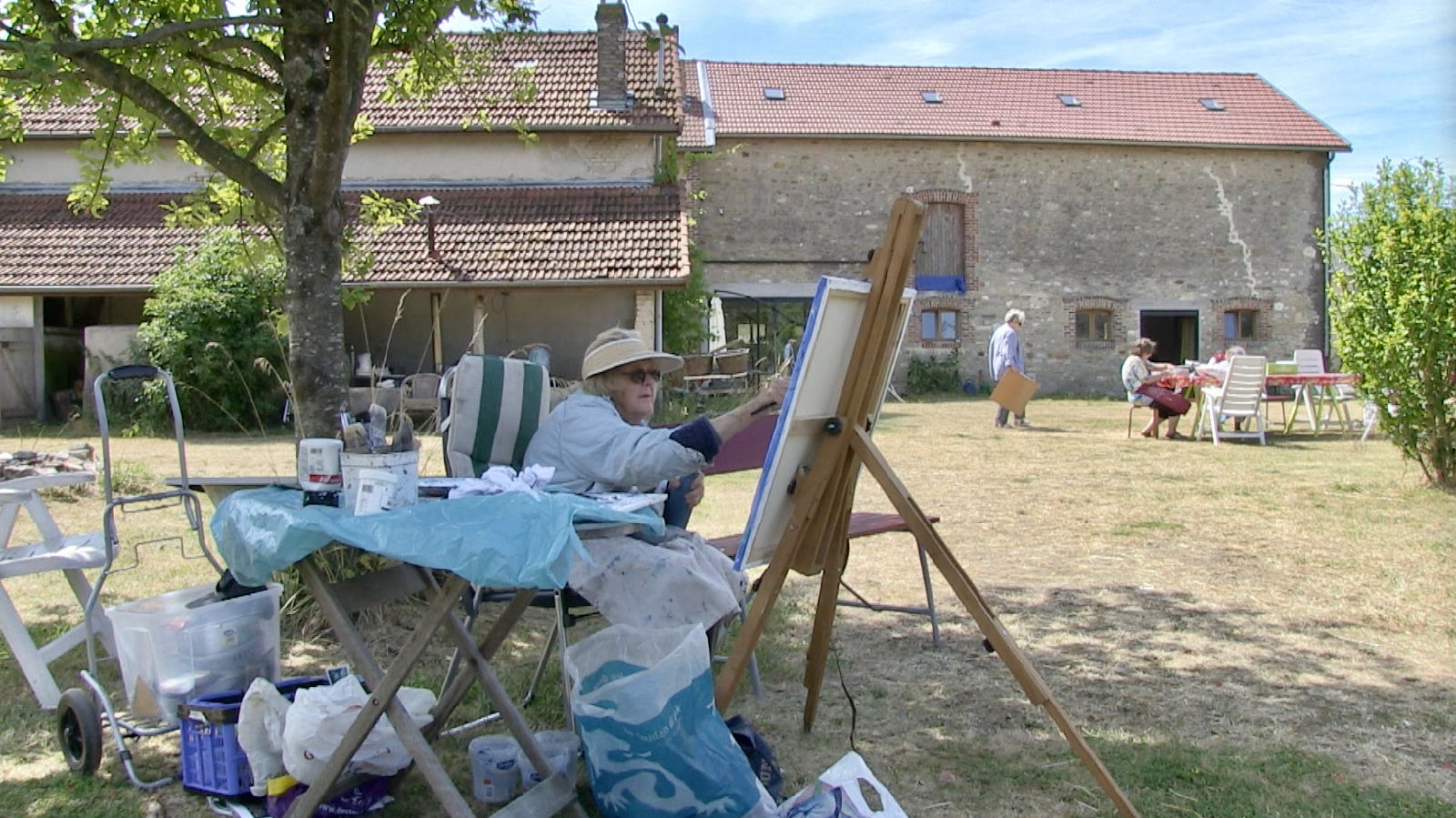 Welcome to my updated website. It is bilingual (Dutch and English). All my productions can be found here. The latest is Hoop (‘Hope’), a short film about a group of friends – all now advanced in years– who spend a week somewhere each summer painting or shaping. Last summer they stayed with us in France. I was so inspired by their whole way of being that I made this film, which is also subtitled in English.